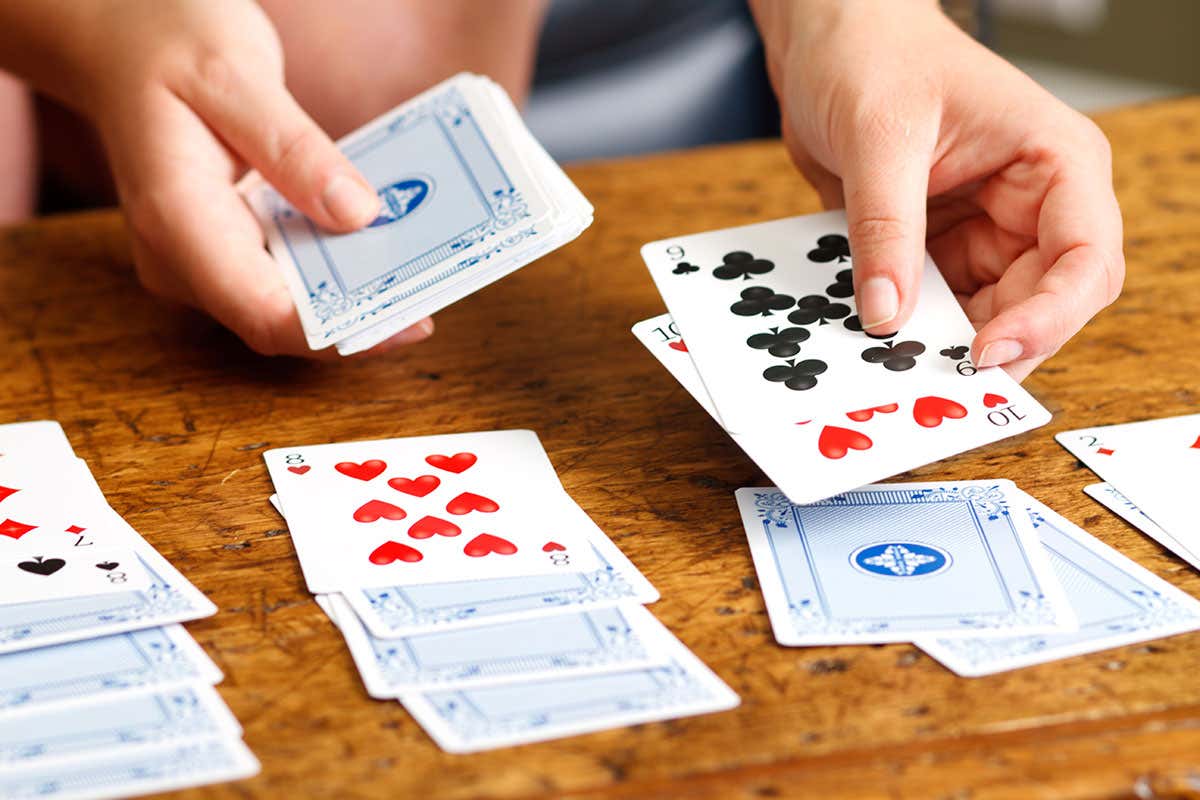 The Leadership Skill of Abundance

Have you ever played Solitaire?

ItŌĆÖs a card game most people can find on their computer, and as the name implies, itŌĆÖs meant to be played alone.

Thankfully for my family ŌĆō thereŌĆÖs a way to play with another person, or even a group. Sometimes all five of us play at once. All you need is one deck of cards per person and some room to spread out.

I noticed something last time we were playing, as we coached our children though different strategies of the game. What we were telling them sounded a lot like what IŌĆÖve learned about building an abundance mindset.

If youŌĆÖre not familiar with the idea, an abundance mindset can be described as the belief that thereŌĆÖs more than enough to go around. Thinking this way changes how people approach everything they do, from playing cards to leading a team of people. HereŌĆÖs what I noticed:

In the beginning of the game thereŌĆÖs a flurry of activityŌĆ” but thenŌĆ” we hit a sticking point. As the game slows to a halt, everyone begins to look over the sea of cards because we all know that someone has a move; they just donŌĆÖt see it. It doesnŌĆÖt take long before someone is calling out a new option: ŌĆ£Play your jack!ŌĆØ ŌĆ£Put up your 8!ŌĆØ There is always something you havenŌĆÖt seen ŌĆō keep looking!

As the game goes on, we encourage our kids to avoid focusing all their attention on their own hand. ThatŌĆÖs important because you need to learn to play off the cards of other players. Even more important is not getting frustrated when someone else is on a roll; instead, recognize that opens opportunities for you ŌĆō if youŌĆÖre paying attention.

Our family card game inevitably comes to an end but work and life go on and on.  Why should you build an abundance mindset to carry you forward?

Developing an abundance mindset helps you reframe challenges and can lead you to better outcomes. It can also strengthen your relationships and overcome intrinsic barriers you might be placing in your own path, such as fear or frustration. Each of the ideas below will help you expand your thinking, promote curiosity and develop the leadership skill of an abundant mindset. Pick one to try this week.

Build your daily work and your personal goals around questions because it keeps you open to different answers. Instead of having ŌĆ£Hire a replacement for SteveŌĆØ on your to-do list, reframe the need around a question such as ŌĆ£WhatŌĆÖs the most effective way for us to accomplish all of SteveŌĆÖs work?ŌĆØ Maybe hiring a replacement is the right move. Maybe this is an opportunity for someone on your team to grow. A leader should share these questions with everyone on their team and encourage others to do the same.

Actively seek perspectives and ideas that differ from your own because this pushes to you consider alternatives. Hear the other sides of an issue. Talk with people who see the issue differently. Avoid making assumptions or believing that you already know whatŌĆÖs best. A leader should encourage and embrace this kind of productive conflict and model it for their team members.

Learn more about the people you work with because you need their strengths and instincts to thrive. There are many ways to do this, and certain tools can accelerate the process. A tool we recommend is the Kolbe AŌäó Index. Kolbe measures something no other tool does; a personŌĆÖs instincts for taking action. This natural conative drive is something separate from intelligence or personality, and it can only be found through Kolbe.

ŌĆ£Undiscovered AbundanceŌĆØ is one of seven beliefs that make up the Contentment Ethic; a practice for people leaders to gain calm confidence in any circumstance. Enter your e-mail below to download and take The Contentment Ethic Survey and learn more about this critical leadership practice.